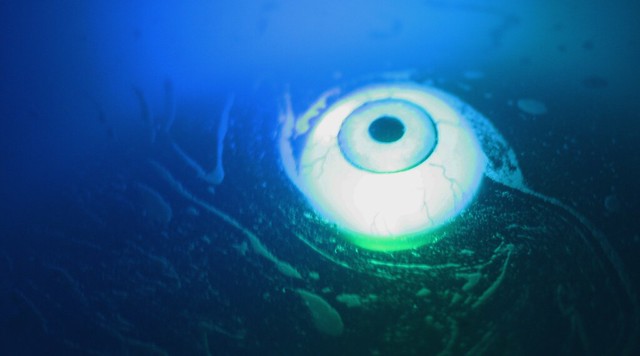 As it is reported, Valve has been designing VR hardware together with HTC.

The HTC Vive (rhymes with “hive”) headset…builds on years worth of virtual reality research, focusing specifically on creating an experience that’s ambulatory and interactive.

While Oculus is still coming up with a motion control system that’s worth showing off, Valve has made visible progress in interactivity — something that, more than any boost in graphical fidelity, is what we need to spur new, innovative uses of virtual reality.

I will not go into the language of this post because I think it’s quite obvious that the contemporary news media is under harder deadlines nowadays. I also will not comment the fact that similar kind of a hype, but also actual research was with data gloves already way before. But coming back to the comments, especially the bolded part. It makes a valuable point which seems to be missing from a large deal of academic papers I’ve been read lately.

What still sneaks up to amaze me is the gun-ho irresponsible use of the terms fidelity and interaction. It seems these terms are used however one feels like. I may have created a virtual environment, and although I do not allow my users to actually use it (interact with the environment by navigating its environment, manipulating its objects, and perhaps communicating with its characters or NPCs), I can still state they are interacting, that it is an interactive environment or a game.

Well boo-hoo. Such people are wrong. Real, embodied interaction with virtual environments assigns agency to the users. These are not restricted school classes where the high and mighty Instruktor owns the ultimate power over the students (the users) who sit and merely pay attention (i.e. are on the verge of sleep).

And the same goes with fidelity. Sorry if it is stating the obvious, but who invented that ‘fidelity’ was the same as representation or “better graphics”? When did this happen? If we take the good ol’ Merriam-Webster from our virtual shelf, and see what fidelity means (beyond the “staying true to your hubby or companion”) we get something like “accuracy in details”, “exactness”, and “the degree to which something matches or copies something else”. There is a lot more to copy in reality than just the graphics. Can you name one, two, fifty?

Now, if we were just some hovering eyeballs without any body, we might say representation is the only thing we have (although I would still disagree). But we aren’t. We have a thing called body, and we experience as embodied creatures.

You can easily try this out with empty virtual worlds or environments. For example, do a random visit to Second Life or try one of those graphics demo test thingies that put your PCs GPU on its knees and where you can nothing but move around and look at things: they are awesomely booooring. You don’t have much to do, no one or no thing to interact with, and no time-story continuum – OK, you might build all of this in Second Life (with patience), but that’s another story altogether.

But alas! A saviour on a white stallion and shining armour has come to the fore to build better theory. I really enjoy latest writings by Gordon Calleja who has started making some sense to this field. His theoretical contributions aim for better understanding in human-virtual environment relationships and user experience. I like his effort of using a new concept, incorporation, in order to root out some old terms such as immersion and presence.

He says thinking virtual is “there” and real is “here” is already a fundamental flaw when thinking human relationships with virtual environments. He suggests we should focus on the agency given to us to navigate and interact (to inhabit) a virtual environment, and that it inevitably takes place in our consciousness. It is an active human-computer interaction process, where we become involved with the virtual (if we feel like it, that is) and the system hopefully sustains our willing participation. I’ve played so many games with awesome graphics, but if something is not right, the missions, story or characters are boring, or the playability and usability is crap, I will opt out never to return.

Unfortunately, this just might be the major problem with at least VR applications for professional use: design-wise for such incorporation, they are merely hollow prototypes that are not able to sustain such interaction.

Excellent feel-good presentation about using Second Life! Nice to see someone so excited about her subject as she was!

Also, some great thoughts to think about:

“The students know a lot more about technology, why not letting them to teach us [the teachers] these things as they know more about them? No problem with authority, engaging and the students feel they are special and know something.”

This raised an interesting discussion between participants about the fact, do younger people really know more about tech than the older people? I think it could be more like “the one who knows, should be the teacher at that time”. Sometimes some people know more and sometimes less, but generalizing that kids know it generally better can be a bit misleading statement.