“Browser bunnies – and the only question that remains is, ‘why’?”

This week’s been about finishing some conference paper submissions and getting close to the end of transcribing interviews from my recent data collection.

If time for it, I recommend transcribing interviews yourself. This is the second study where I’m doing it myself, and it really immerses you into the accounts – if you keep an open mind and focus, which is naturally a difficult endeavour. Writing stuff up on a journal helps to not to get discouraged when you are not finding what your consciousness hoped you would, but also when you do “meet” your preconceptions in the data. For this, I applaud the existence of phenomenological epoche/bracketing. Its constant presence in the same room with you keeps you from jumping in to quick conclusions.

My paper with a title, “You Are Your Avatar Is You: Phenomenological Literature Review of Virtual Embodiment in Virtual Environments” was accepted to the annual Curtin Business School Higher Degree by Research Colloquium. Find the current version of the working paper at ResearchGate. In the near future, I hope to expand it a bit to a journal article. I am mildly satisfied with it, but I feel there’s yet more to grasp in this construct.

Find also a recently published journal article, “Big Data Visualisation in Immersive Virtual Reality Environments: Embodied Phenomenological Perspectives to Interaction“, also on ResearchGate. This is an initial work in this area, and I feel the idea of different modes of interaction in VR visualisation environments should be studied further. Otherwise, why bother with interactive 3D VR for big data visualisation if the process of looking at/interacting with data is similar to 2D media? The in-depth question to be asked: instead of just superficially cool, what are the useful affordances, or are there any?

This reminds me from my undergrad time as a beginning interaction designer. When all else fails, return to Nielsen:

Thinking Aloud: The #1 Usability Tool (Nielsen) http://t.co/5uOTy1fs5p Getting back to basics in #UX. Anyone used this to study #Minecraft?

There’s so many new head mounted display tech and news coming out lately that it’s good to have someone to aggregate that a bit. Here’s one for that:

All the #VR HMD specs. All in one helpful place. http://t.co/xFXOGYoGuKpic.twitter.com/R900p3LBM5

I’m starting to get ideas for further studies and connecting the following ideas with some Minecraft:

As it says: first I was excited, but then I saw it was directed to US citizens. Oh, too bad. I hope cool stuff will come out of this, as at least the marketing presentations are done well for the Hololens:

While forming my PhD literature review, I’m currently aiming to structure it more rigorously as Randolph (2009) has suggested: by using a phenomenological approach also to examine the phenomena in my literature review. Here’s a couple of quick thoughts about this process, and about the current stage of trying to set aside my personal theoretical views and natural attitude through phenomenological reduction, or ‘epoché’.

I am already starting to see the benefits for doing the lit review like this. Perhaps some would say their way of choosing sources for their lit review is somehow implicitly “objective”, and they do not need such ‘heuristics’. With the support from Randolph (2009) I have to kinda doubt it. We always have an inclination towards something, that’s what makes us humans. I feel it is going beyond this attitude of “letting things pass as we don’t initially feel them to fit” that makes us better researchers.

Now, I am trying to achieve a representative picture of how virtual environments and HCI is perceived to convey a context. I have started to see how my background as an interaction designer and a gamer really affects what I consider as good research. I sigh every time when I read about ‘serious games’ studies where the participants are mainly allowed to interact through clickers or better yet, answering to instructors questions about the game. In my eyes, this violates everything video games are about. Still, I need to hold this view, as there are many things one can learn about such articles, to which I will not dive more here.

Also, my worldview seems to lie in the axis of interpretivist-pragmatist, which in English means I cannot stand either the overly postmodern theory building nor the overly positivistic “one-variable-at-a-time” laboratory studies. Still, both of them, if quality articles, can convey yet another dimension of the phenomenon I am aiming to describe.

These aforementioned aspects are just a couple of things I need to make visible in my study, let them go (or better yet,  interact with them in my study, see Finlay (2014)), and let the “Otherness” of some studies to be treated with an equal value in order to better understand concepts such as presence, immersion and virtual embodiment.

For the process of the reduction, I have found Lisa Finlay’s articles especially helpful. Finally there is a person who can clearly and succinctly write how to engage in a process that is crucial in order to maintain a phenomenological research attitude – and I consider doing this would be useful to other researchers too. 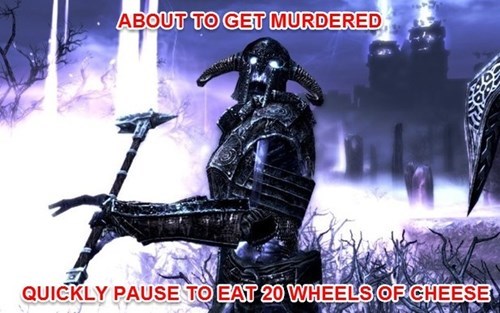 Recently I’ve been investigating especially the term immersion in the use of understanding human-virtual environment relationships. Many have criticized the real usefulness of this term. I especially enjoy Ryan’s argument that

It has become so popular in contemporary culture that people tend to use it to describe any kind of intensely pleasurable artistic experience or any absorbing activity. In this usage, we can be immersed in a crossword puzzle as well as a novel, in the writing of a computer program as well as in playing the violin. (Ryan, 2001, p. 14)

Some note the definition of immersion is often heavily preceded by a too simplified techno-naturalistic worldview – fellow traveller, that means BS about technology doing the whole thing and us being just cogs in the digital wheel. This seems to be the case especially in virtual reality research. I think I am beginning to see why lots and lots of virtual “worlds” just seem to fail to raise any real engagement, involvement, [your term here].

Lately I’ve also been reflecting how Gordon Calleja’s idea for a replacement, incorporation, might fit in all of this. Calleja describes incorporation as

the absorption of a virtual environment into consciousness, yielding a sense of inhabitation, which is supported by the systemically upheld embodiment of the player in a single location represented by the avatar (2014, p. 232).

It’s important to note that Calleja thinks a bit differently about the age-old virtual “there” and physical “here” division. Instead of technology somehow teleporting us to the virtual ‘other place’, he focuses video games to be something that take place in our consciousness – well, phenomenologically speaking, doesn’t kind of all interaction despite if for example a ball is on the screen or in our hand?

I also hope to have some time to reflect Calleja’s Player Involvement Model to some games I’ve been recently playing (Borderlands: The Pre-Sequel!, Skyrim, Diablo III & Bayonetta). Some have already used it with Bioshock, and discussed developing it further. Academic term jerking aside, let’s test in future posts how this really works in reflection to some gamez.

Oh, and I also want to debate this post about Skyrim being soulless, a kind-of-a-game-review I lately saw cited in Farrow and Iacovides (2012). As a sneak preview, I can say the dude has fallen into his subjective trap of “for some reason this particular aspect of the game needs more realism”. At the same time this guy is also right, but I don’t personally agree with him. Check out the discussions around Skyrim (for example here and here), and you might get the drift why (hint: player types like in the Bartle test).

Farrow, R., & Iacovides, I. (2012). ‘In the game’? Embodied subjectivity in gaming environments. In: 6th International Conference on the Philosophy of Computer Games: the Nature of Player Experience, 29-31 January 2012, Madrid, Spain. Retrieved from http://oro.open.ac.uk/33357/ Paper presentation on YouTube at http://www.youtube.com/watch?v=RUDAHcBEDgw